When in early March even Germany gave up its nonchalance and finally enforced safety measures against COVID 19, such as domestic seclusion, face masks, and the closing of public spaces, I confess cinema wasn’t my first concern. It became one a few days later, when I realized that the movie theatre around the corner had not changed its posters in weeks. With closed-down movie theaters and productions indefinitely suspended, I wondered what I could review in the following months. My first idea was to gather films from a not too remote past that readers might have overlooked, offering a domestic archive one could turn to in these lockdown times. That was an idea many others had, too, including the digital film festival We Are One, which ran on YouTube from May 29 to June 7 and featured 100 films chosen by 21 international festivals: Annecy, Berlin, Cannes, Guadalajara, Jerusalem, Locarno, BFI London, Karlovy Vary, Macao, Marrakech, Mumbai, New York, San Sebastian, Sarajevo, Sundance, Sydney, Tribeca, Tokyo, Toronto, and Venice. Scrolling down the festival’s YouTube channel, some aspects draw attention more than others, and invite to ask what changes and what doesn’t when geographic and physical festivals go digital. Not the obvious things though, like pretending to keep it together when Kim Ki-duk sits next to you at the bar, or colliding into Jude Law as you turn into a side alley (both more-or-less true stories, I’m still not sure that was Jude Law).

The managing of time and money changes. You don’t run from one film to the next, you don’t stand for hours in the hope of catching a glimpse of one movie star or the other. A selection of long and short films, documentaries, and interviews with the artists is available online and in We Are One’s case, free of charge. We Are One did not underestimate the joy of streaming films from your couch, but it also did its best to conjure the festival atmosphere. The program changed on a daily basis, the majority of films remained available for the entire day, but some livestreams were canceled as soon as they ended, demanding that you showed up on your couch on time. The balance between premiere and archive changes. While the flesh-and-blood festival includes a few tributes and restored films, We Are One offered several of them, in addition to world premieres such as Iron Hammer, Joan Chen’s documentary on the Chinese volleyball icon Jenny Lang Ping, who was accused of treason when she accepted to coach the US team.
We Are One mostly included digital premiers of films that had competed or won in recent film festivals, such as French director Mati Diop’s Atlantique, winner of the Grand Prix at Cannes 2019. What does not change, but is magnified by the web’s strange democracy, is a festival’s global reach. Thanks to the variety of voices, countries, and ethnicities, and to the absence of actors and actresses on the red carpet, We Are One offered welcome relief from the overwhelming whiteness of contemporary film elites. In times like these, as media coverage of police brutality against African Americans has sparked worldwide upheavals, and COVID-19 disproportionally hit communities of color and exacerbated racial inequalities, it was imperative to linger on a section called “Black Voices” and especially on Roger Ross Williams’s short documentary Traveling While Black (2019). Initially a part of We Are One’s program, the film is now available online. 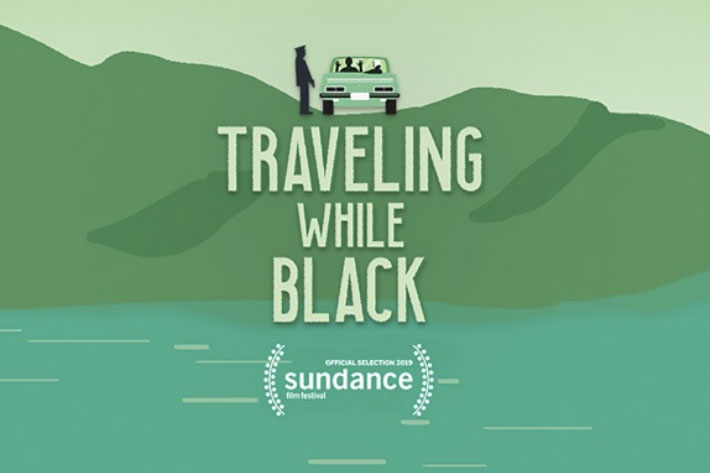 In barely twenty minutes, Traveling While Black reflects on the criminalization of African American mobility and the dangers that traveling, driving, jogging, or walking in a park pose to Black Americans. The documentary revolves around the landmark Washington restaurant Ben’s Chili Bowl, a sanctuary for African Americans since the years of The Green Book (1936-1966), an annual guidebook written for African Americans traveling across the segregated United States, with restaurants, hotels, and stores accessible to people of color. Ben’s Chili Bowl is still there and serves as a background to the protagonists of Traveling While Black. The first to speak is Sandra Butler-Truesdale, born in racially segregated Washington. Having spent her childhood in neighborhoods and schools where everyone was like her, Butler-Truesdale learnt later in life what racism was. One day, she tells the camera, “a little girl […] spat on me and I couldn’t, I couldn’t, I couldn’t retaliate.” The restrictions to African American mobility in the 1950s and 60s endangered the lives of Black Americans every day. Every day, leaving their home meant being confronted with the possibility of violence. And after over a century of Civil Rights battles and undeniable conquests, traveling while Black remains a potentially deadly endeavor. “It seemed like many people were out to hurt us or even kill us just because we were Black,” says the voice-over, “the assumption is at some time it stopped, and that’s not the case. It never stopped. That’s a continuous thing that hasn’t changed since the relationship that exists here between Blacks and whites in the United States. It’s like a river that keeps flowing and we don’t really see all of it. But at the end of the day it’s something that started back in slavery and continues today.”

The last voice to be heard in the documentary is Samaria Rice’s, mother of Tamir Rice, the twelve-year-old killed in Cleveland, Ohio, by a white policeman while he was playing with a toy gun. “I wasn’t finished raising him,” Rice explains, “I wasn’t finished nourishing him, and America robbed me.” Samaria Rice’s testimony shows that it is not traveling while Black that is dangerous, but existing while Black. Since Tamir Rice was playing in a park when he was shot, it is not only mobility that kills, but existence.

We will not see Traveling While Black, and many other films like it, at movie theatres. Online festivals like We are One, the various streaming platforms, or initiatives like the one launched by the Korean Consulate in Milan, which has made South Korean masterpieces available for free for a few days each, allow us to escape Hollywood’s grip on theatres and move beyond its racist and patriarchal canons. The pandemic exiled us from our favorite vintage movie theatres, with their retrocommunist design and questionable olfactory melanges of coffee and popcorn. But it also inspired us to search for alternative ways to access films. These new energies allow us to follow multiple paths across cinema, not to depend on theatre schedules, and let films open not one, but many doors on the present. Streaming invites to choose films more consciously and therefore politically. This is evident in HBO’s choice to remove Gone with the Wind, arguing that the film vehicles harmful historical inaccuracies and racial prejudices that were no less toxic then than they are now. Thanks to the possibilities introduced by streaming, we do not have to condemn this choice as censorship, we can read it as a political statement. Since the film remains accessible on other channels, HBO has not prevented us from watching the film, it simply withdrew its support. Would we speak of censorship if our favorite movie theatre – the one with ancient dirt on equally ancient seats – chose not to show a film for political reasons, but the film were available at other local theaters?

The Guardian’s Peter Bradshaw thinks that “cinema has to be about the big screen, people all joined together in the dark, with no social distancing […] and people will want to talk about films: talk about them over coffee, over lunch, in the street outside in the cinema”1. Cinema is the big screen, but it is also each and every film we have never seen, it is the familiar anticipation as the animated logos of production houses appear on the screen, it is the subtle pleasure of high definition. And pretty soon we will be having coffee or walking on the street again, talking about film or politics, or both.

1. Peter Bradshaw. “You, in your bedroom, with your laptop. That’s not the future of film festivals.” The Guardian, 28 April 2020. https://www.theguardian.com/film/2020/apr/28/online-film-festival-we-are-one-cannot-replace-cinema 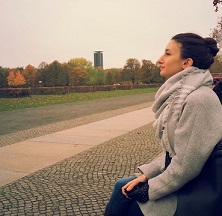 Elena Furlanetto is assistant professor of American literature and culture at the University of Duisburg-Essen, Germany. She is the author of Towards Turkish American Literature, Narratives of Multiculturalism in Post-Imperial Turkey (2017) and of several articles on American and Postcolonial literatures. She also co-edited a collection of essays titled A Poetics of Neurosis (2018). An Americanist by training but a postcolonialist at heart, Elena loves books and films that narrate the US through the lens of different cultures. Movies give her lots of joy — especially horrors. Her poetry in Italian and English appeared in Italian and international publications. She collaborates with Finnegans as a translator and film critic since 2011.