Finnegans was born in 2004, with the aim of promoting the cultural tradition of the Veneto region with an eye on the history of the Mediterranean.

Two editions have been published in these years: the first has promoted several venetian artists through monographs exploring their artistic paths, their relationships with the mother land and with their cultural origins.
This edition counts 22 issues, in particular we remember those issues dedicated to the architects Carlo Scarpa and Edoardo Gellner, to the painter Emilio Vedova, to the sculptor Arturo Martini, to the musician and composer Luigi Nono, to the composer and futurist painter Luigi Russolo, to the writers Goffredo Parise and Mario Rigoni Stern, to the poets Noventa, David Maria Turoldo and Andrea Zanzotto. 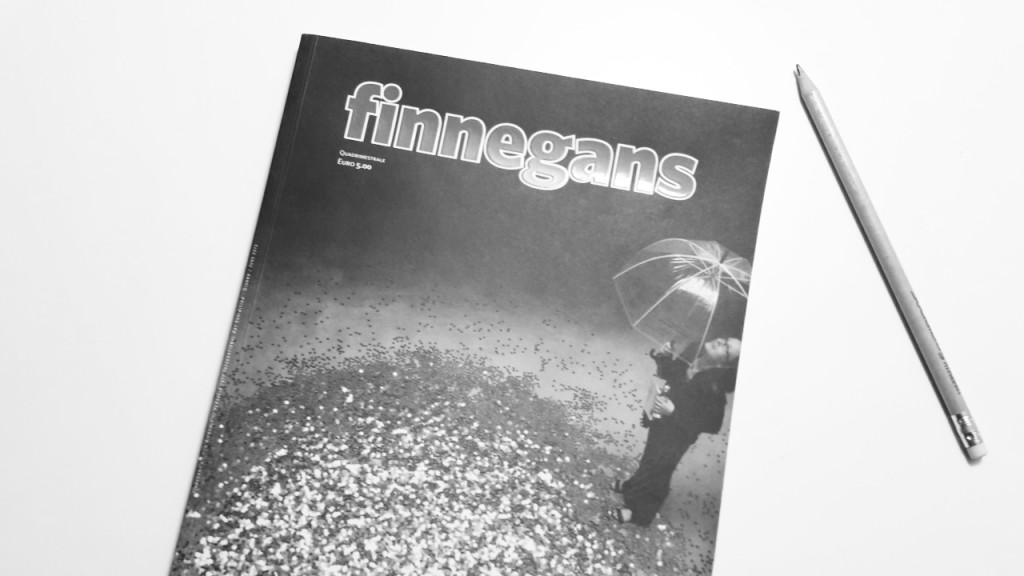 The second edition was published in 2013, it was renewed in the contents and in the graphics, it started focusing on themes related to Venice and Venetian region, with the aim of enlarging its historic and cultural research of the Mediterranean, huge place of meeting and conflicts, of old and new cultural borders, of migrations, of integrations, of divisions and following social-political connections, that represent an important challenge to which Finnegans can’t avoid.